Born in Trenton 1921, Judge Barlow was a graduate of Dartmouth College and Rutgers University Law School. He was commissioned in the U.S. Navy during World War II and was stationed in the Pacific. After several years in private practice and as an assistant counsel with the New Jersey State Law Revision Commission, he served as an Assistant U.S. Attorney from 1953 to 1956. He was in private practice in Trenton from 1956 to 1962, during which time he also served as a U.S.Commissioner.

The attorney conference room is located on the 3rd floor of the Annex. Copier and fax machines, phones, and seating available for attorney use. Please note, this conference room cannot be reserved for trials or hearings and is to be accessible for all attorneys' use during business hours. 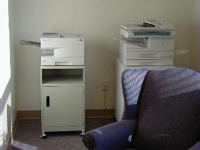 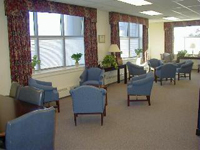